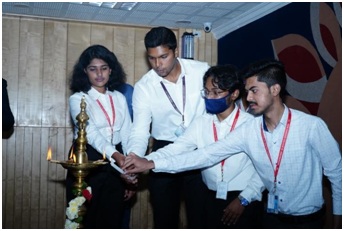 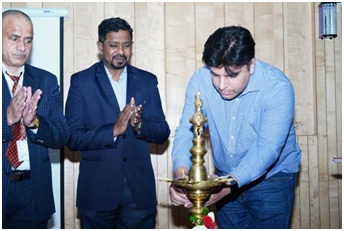 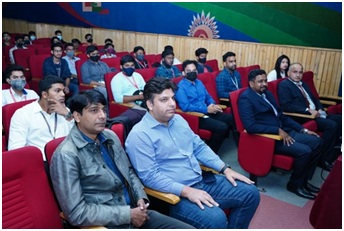 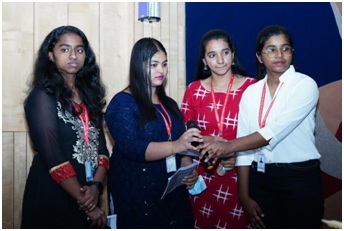 The Department of Computer Engineering inauguratedfirst-ever technical club on 16th November 2021 at Chanakya Seminar Hall in ShaheedHemuKalani Block. The club was named CE.net

The event commenced at10 AM.The choir started off the event, auspiciously with a prayer by 10:10 AM, followed by lighting of the lamp by the Hon’ble Chief Guest, Dean-Academics, HOD-CE, and one board member. A very informative technical talk on the topic – “Bridging the gap between CE and Industry” was given by the Hon’ble Chief Guest, Mr.AzharAteebDani, Vice President (IT) of Fidelity National Financial India.

The HOD-CE and the Dean-Academics proceeded to facilitate and gifted a memento to the Hon’ble Chief Guest, Mr.AzharAteebDani. Dr. C. R. Rathish gave a brief understanding about the Computer Engineering.The club members were introduced, stating their positions and their role in the club. The President of our club, Mr.Shadab Khan gave a short speech about the objectives of the club. The event gave an insight of different programs that will be taking place this semester. A video about one of such programs, Cup De Val, a gaming tournament was played.

The event concluded with a Vote of Thanks speech given by the club Vice President, Ms.OminiRao.